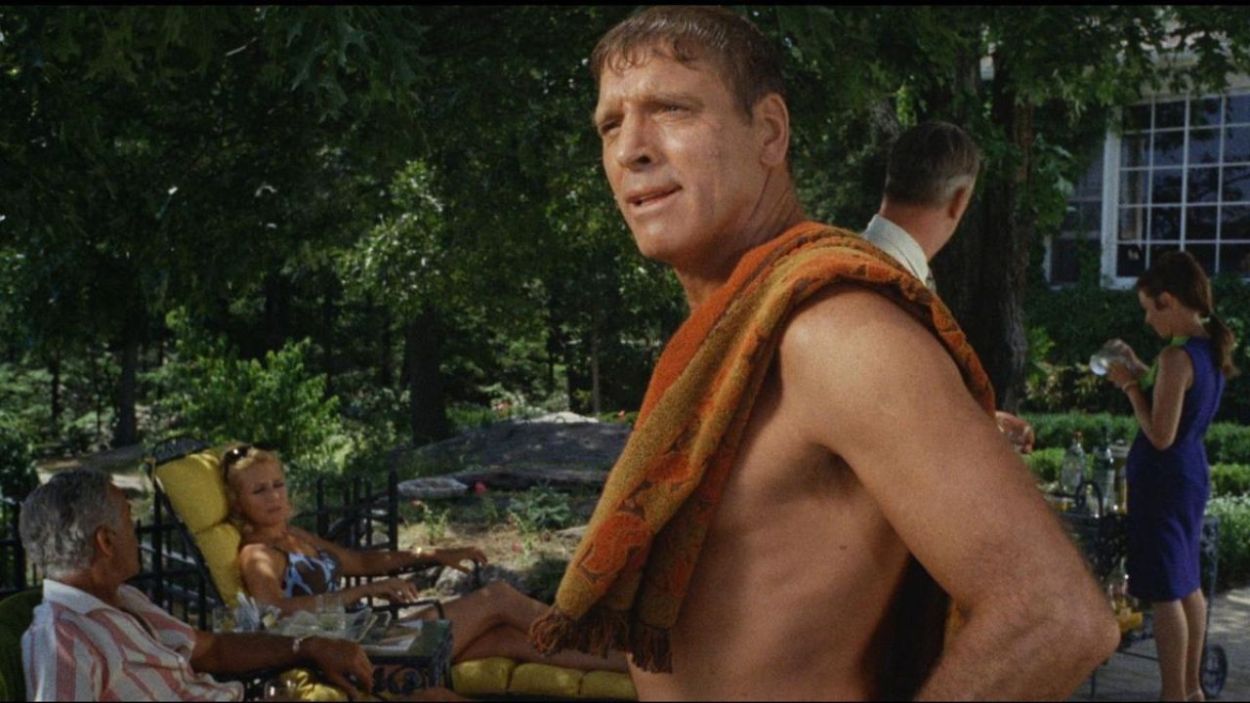 Based on the short story by John Cheever, Frank Perry’s acclaimed cult classic, The Swimmer, is the very definition of a film that was way ahead of its time. Released in 1968, it is a haunting and dream-like experience that lingers in the mind.

When we first meet middle-aged Ned Merrill (the legendary Burt Lancaster), he appears out of nowhere in a swimsuit, uninvited, at a pool party in the middle of an upper class suburb. Everyone seems to be happy to see him. We soon realize that these people are his friends. They entertain Ned by making idle chit-chat about the night before, how they drank too much and how they are now nursing hangovers as a result. In the midst of all of this tediousness, Ned seems particularly fascinated by the swimming pool. His friends decline to join him for a swim, and so he goes for a lap or two. Afterwards, he realizes that nearly every residence in the suburb has a pool, and that he could literally “swim” to his home by going from pool to pool. Suddenly, he sees this strange journey as his mission. 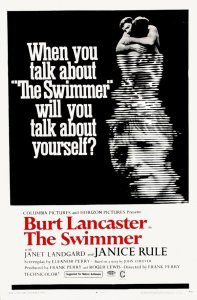 Ned’s friends don’t completely understand. They display a kind exterior, but their body language suggests that all is not well. In fact, many of the people that Ned will encounter on his adventure are passive-aggressive, even hostile towards him. An air of mystery hangs over Ned. It is discomforting and nearly unbearable at times. Still, Ned’s journey is not without its wonders. He reunites with a young woman that he once knew as a child. He pays a memorable visit to a lonely young boy. And yet, one can sense a deep melancholy even on these occasions. Something is definitely amiss in this world of material excess and debauchery. Many secrets will be revealed along the way, leading to an unforgettable ending.

Frank Perry (of Mommie Dearest fame) has his crowning achievement in The Swimmer. This must have been a risky undertaking at the time of filming, but Perry dives in (no pun intended) to the material with an infectious energy. He is able to maintain an ethereal mood throughout by way of superb cinematography and editing, a beautiful performance from Burt Lancaster in the lead, and a unique musical score. The Swimmer proves that Frank Perry was no one-hit wonder. The man had real talent. On a side note, the film even features a cameo from the late comedienne, Joan Rivers.