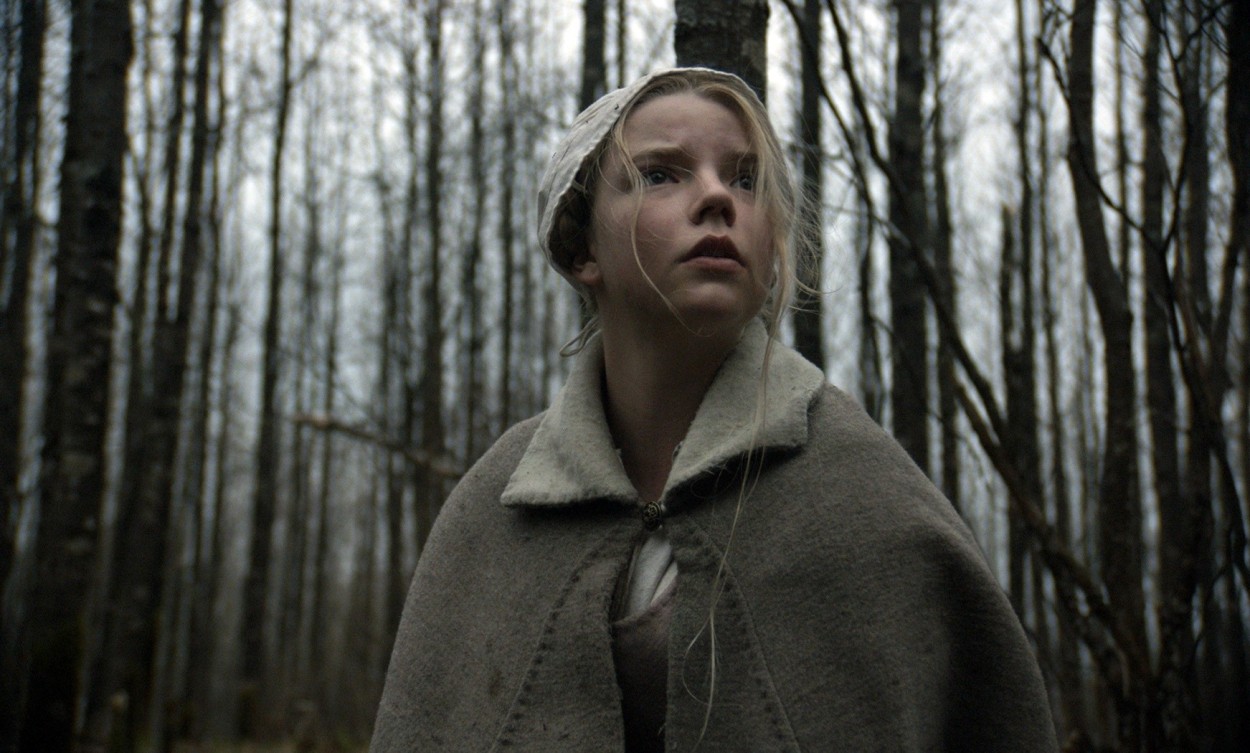 Robert Eggers’ The Witch is the type of horror film that I have been anxiously awaiting for quite some time. It is, simply put, one of the best films of the year – maybe even the decade. Perhaps the century. That is not hyperbole, it is merely the truth.

The film opens in the 1600s, some time before the Salem Witch Trials, as parents William and Katherine, and their four children, Thomasin, Caleb, and two twins named Jonas and Mercy, and a baby named Samuel are banished from their Puritan village after William’s religious piousness is seen as too extreme. With all of their belongings in tow, they ride a covered wagon into the wilderness where they plan to start anew.

But something evil lingers in the woods, and has already set its sights on them.

Not too long after the family arrives, Thomasin begins an innocent game of peek-a-boo with her baby brother that ends in tragedy. The infant vanishes inexplicably, leaving Katherine grief-ridden and unable to come out of bed. Soon after that, the crops begin to fail, and the twins start conversing and chanting with the family’s creepy black ram, named Black Phillip. Apparently, not only do the twins talk to the sinister he-goat, they also claim that he talks back to them as well, whispering ever so tenderly that their older sister may be a witch.

Added to that, young Caleb is on the verge of puberty, and can’t stop ogling his sister’s cleavage.

From the get go, an evil presence is set loose on this family, and for the duration of this film, we will see that evil have its way with them. Their faith will be tested, by way of deception, seduction, demonic possession, and violence. There really is a witch in the wood. This isn’t just some surface level exploration of paranoia and religious fanaticism in simpler times. It’s a serious meditation on true wickedness.

Eggers gets everything right in his feature debut. Four years of research went into this film, and it shows. Every detail is perfect. We haven’t seen a more honest and true portrayal of witchcraft since Benjamin Christensen’s 1929 silent film, Häxan – a film that I would recommend you watch in preparation for this one. As many other reviewers have said, the film is similar in tone to Kubrick’s The Shining. I’d even compare it to the work of Ingmar Bergman and Roman Polanksi. This is a deliberately paced experience – something that many mainstream audiences have already taken issue with – but this reviewer wouldn’t have it any other way. You can find cheap thrills in the theatre on a weekly basis, and if that’s what you are looking for, skip The Witch altogether. This is a different animal, one that burrows its way under the skin.

Also worthy of mention is the films score by composer, Mark Korven. The music is a masterpiece in its own right, sharing similarities to Penderecki’s post-modern religious works, “Utrenja” and “Magnificat”. The choir screams, hisses, and chants against a horrific backdrop of shrieking string instruments. The music is as much a character in the film as the family at the center of the action.

With his first feature, Eggers has thankfully given us a purely cinematic, uncompromising work that you won’t soon forget. The entire cast of unknowns does fantastic work here, reading from a script that is entirely made up of Old English dialogue. Anya Taylor Joy, Ralph Ineson, Kate Dickie, and Harvey Scrimshaw all stand out in superb performances, and should all be praised.

Do yourself a favor – don’t miss The Witch.