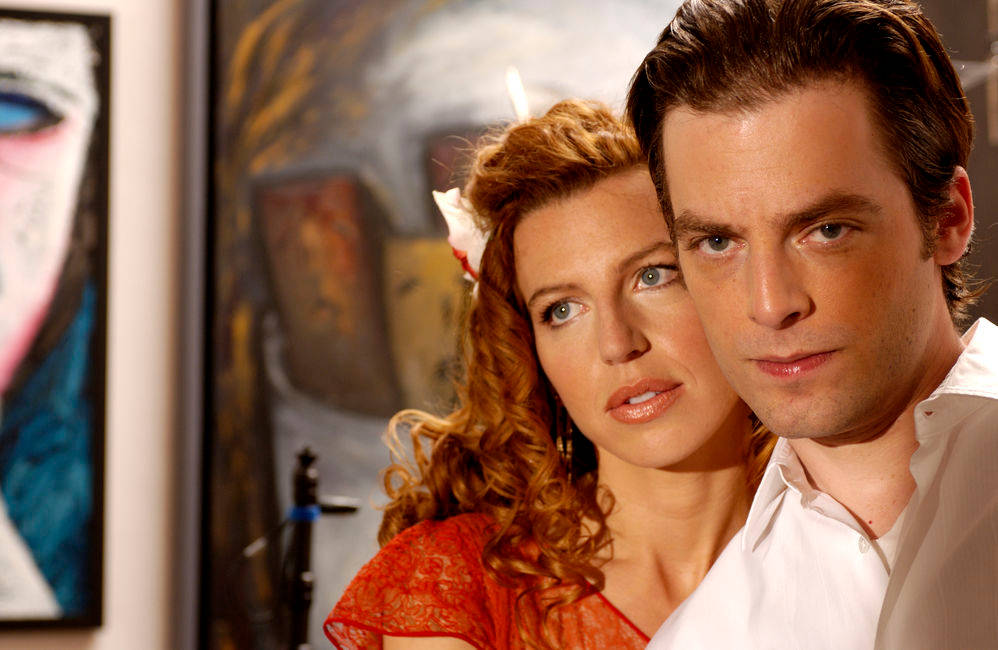 Henry Jaglom’s films are true originals. They are deeply personal, almost like home movies. His style is reminiscent of Robert Altman and perhaps Woody Allen, and much like John Cassavetes, his films are largely improvised. His films have a unique look and feel. Even his most recent films seem as though they come from a bygone era. When you view a Jaglom film, you know that you are watching a true independent at work. Critics have misunderstood him for years, and most mainstream audiences have never heard of his work. His films have a following, however, and those who “get” his style keep coming back for more.

The 2006 film, Hollywood Dreams, opens as a young, aspiring actress named Margie Chizek blows an audition for a stage play. The director asks her to leave, even as she begs him to let her try again. Defeated, she goes home to her apartment, where she lives with three other roommates. She gets kicked out after she blows up the microwave, and lives out of her car for a few days. On a casual walk in the park, she runs into a film producer named Kaz, who sees that she is in need, buys her lunch at an upscale restaurant, and offers her a place to stay at his guest house.

When Margie arrives at Kaz’s opulent home that he shares with his partner, Caesar, she comes to the realization that her dreams may have finally come true. Caesar and Kaz are immediately impressed by Margie’s encyclopedic knowledge of classic Hollywood films from the thirties and forties, and even though she really isn’t a competent actress, it is ultimately decided that she should star in action films, due to her skills in kickboxing and tai kwon do.

Soon, she meets Robin Mack, the up and coming actor who lives upstairs in the guest house. Robin is a heterosexual man who is pretending to be gay in order to further his career. They two end up falling for one another, much to the disapproval of Caesar, who is far more concerned with the benefits that he will reap from Robin’s career.

Along the way, we will learn of Margie’s dark past, and we will watch as she is ultimately faced with some difficult ethical and moral decisions.

Hollywood Dreams is a classic rags to riches tale, complete with melodrama and tragedy. Henry Jaglom’s muse, the lovely Tanna Frederick, is pitch-perfect as Margie in a multi-layered performance that is both hilarious and tragic – and it works so well, largely because Margie is all of these things. She is a wonderfully idiosyncratic and wholly unpredictable character. Tanna Frederick is magnetic. Justin Kirk is excellent as Robin, making us sympathize with the man behind the mask. He brings the same intensity to this role as he did in Mike Nichol’s Angels in America. David Proval and Zack Norman are hilarious as the flamboyant gay couple, Caesar and Kaz. In any other film, in the hands of any other director, these people could have been presented as mere caricatures, but the actors go above and beyond, creating three-dimensional human beings. The film lights up whenever they are on screen. The late Karen Black steals the show as an aging drama teacher, and Melissa Leo stars in a beautiful supporting role as Margie’s aunt.

Henry Jaglom’s trademark style works perfectly here, lending a sense of reality to the film as a whole. It is a wonder to behold. Fans will be pleased to know that the director is doing what he does best, and to this very day, he has refused to sell out for larger audiences and bigger paychecks. Personally, it is a comfort to know that Mr. Jaglom is still out there, breaking the rules and defying convention after all of these years.