“Where were you when I laid the foundations of the Earth? When the morning stars sang together, and all the sons of God shouted for joy?”

With this verse of Scripture from the Book of Job, Terrence Malick begins his philosophical exploration of God, of nature, and of grace. The Tree of Life is an extraordinary experience. It is a work of art in the truest sense. It is living, breathing poetry.

God. Grace. Beauty. These three things will be referenced more than once, because every single frame of this film is saturated with them.

The Tree of Life jolted me awake during a difficult period in my life, causing me to embrace my spirituality in ways that I never had before. More than anything else, I believe that God speaks to use through the arts, whether it be through a combination of images and sounds, drawings on a canvas, or a piece of music. Even those who don’t believe in a god will agree that the arts offer a direct line to truth and beauty. The arts are essential to our lives because they offer an outlet through which we are able to share our souls with one another, to lay ourselves bare to the world, if only for just a moment. 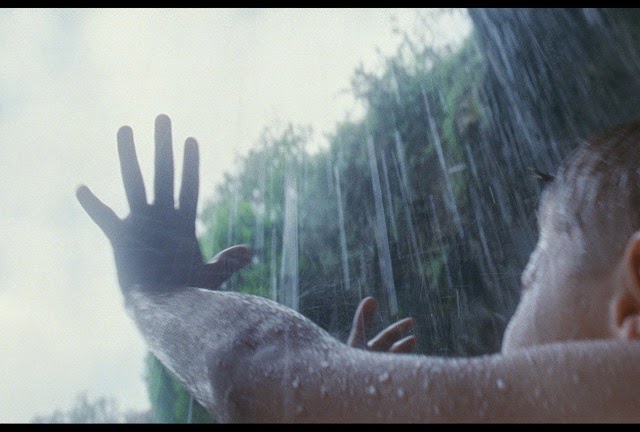 The Tree of Life is Terrence Malick’s most personal film. It tells of a man named Jack O’Brien, who drifts through his life on the anniversary of his younger brother’s death. He contemplates his past, and how his mother taught him the ways of grace. How she instilled within him an appreciation of the world and of beauty. He thinks of his brother and his mother, and how they influenced his relationship with God.

“Brother. Mother. It was they who led me to your door.”

These lines are whispered into a black void which is gradually illuminated by a single flame of light in the opening moments of the film. During the course of the film, we will hear the voices of these individuals as they contemplate the nature of God, as they wrestle with the one being on Earth whose very existence is made known by the world that surrounds them.

“The nuns taught us that no one who loves the way of grace ever comes to a bad end.”

Many classical pieces from various requiems, to modern works of holy minimalism, to the familiar strains of Smetana’s Moldau accentuate the meditative tone of the film. Each piece has been carefully selected to convey the proper mood or feeling that Malick associates with the scene. Like Kubrick, Malick relies on the great composers of the past to craft the soul of his film.

As a mother wanders through the woods and prayerfully questions God concerning the death of her son, she shuts her eyes. Immediately, we are led into a transcendent sequence which takes us through the creation of the universe, the brief reign of the dinosaurs, and finally, to the birth of the main character, Jack. As the galaxies are formed out of nothingness, Zbigniew Preisner’s “Lacrimosa” plays over the soundtrack. The Latin word “lacrimosa” translates to “weeping” in the English language. As the mother’s whispered prayers are juxtaposed with the majesty and the beauty of the images and the music both on the screen and over the soundtrack, it is as though God is responding: “I am weeping with you, my child. You are not alone in your suffering.”

The verse of Scripture from the beginning of the film is also echoed in this twenty minute sequence:

“Where were you when I laid the foundations of the Earth? When the morning stars sang together, and all the sons of God shouted for joy?”

There is no possible way to understand God and his motives. Who are we to question the Creator? And, yet, he understands and welcomes our questions, communicating with us through his creation and through our loved ones. Jack finds God by way of his mother and his brother. Inside of Jack, there is a love of all things beautiful and an understanding of grace. Also buried deep within Jack is the darkness, nurtured by his loving yet stern father’s rigid philosophy of life, which is in direct opposition to the ways of grace which his mother has taught him, as well as his two brothers. Jack’s father becomes a model for God Himself. As a result, Jack’s foundation is shaken. God is not always fair or kind. And yet, God is an ocean of grace.

The Tree of Life is full of impressionistic images that serve as symbols within the film, particularly water and light. Water represents grace. Light represents God. In many moments, Malick cuts to a cascading waterfall and to rolling waves in the ocean to remind us that grace abounds. As we follow young Jack on this journey from birth to adulthood, we notice that he never quite escapes the light. As an infant, Jack watches happily as the reflection of the sun through the window causes the light to dance on the wall of his room. Jack’s mother points towards the sunlit sky and tells him, “That’s where God lives.” We push in on the bulb of a street lamp during a scene which suggests that the O’Brien family is content and peaceful. All seems right with the world in this moment. Later, when Jack begins to rebel, we cut to the very same street lamp – only this time, Malick’s camera quickly pulls away from it. Jack is falling away from the light, as we all tend to do in our lives at some point or another. He antagonizes his younger brothers. He fights with his mother. He breaks into a neighbor’s house and rummages through her belongings, staring lustfully at her lingerie. He falls in with a group of young rebels. 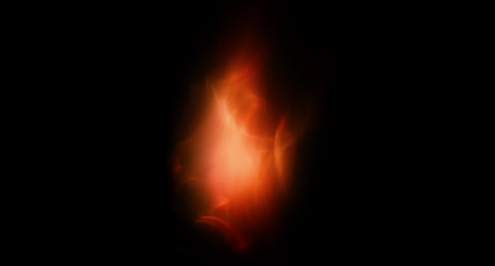 No matter how hard Jack may try to avoid it, the light is always there in the background, following him, and patiently awaiting his return. We watch as Jack allows himself to feel again. We watch as his brother embraces and forgives him. Jack becomes a wellspring of love, and reconciles with his father, who will struggle in his own way throughout the course of the film.

“I didn’t know how to name You then. But I see it was You. Always you were calling me.”

We see Jack as an adult as he wanders through a vast desert. Lost. Confused. He passes ancient ruins and stumbles through the emptiness which stretches out before him. Suddenly, he approaches a doorway which leads to a divine vision in which he confronts the people that have influenced him throughout his life, including his childhood self. As “Agnus Dei” by Berlioz carries us through the scene, we witness as Jack walks along the shore of an ocean, surrendering to the beauty of his past as well as the splendor of the life that he has yet to live. It is an awakening. In one of many memorable scenes, Jack’s mother finally releases herself of the burden of grief over her son and finds peace with God.

The film ends with Jack, fully aware of the magnificence around him. He has discovered God once again, as evidenced by the slight smile on his face. With that, we cut to black. A moment later, and the flame of light appears again before slowly fading away.

“You spoke to me from the sky. The trees. Before I knew I loved You. Believed in You.”

It took a film like The Tree of Life to wake me from my spiritual coma. I was numb. I had a shallow understanding of grace. I could relate to young Jack. I had asked many of the same questions. I was in the midst of a battle between the light and the darkness, good and evil. As a believer myself, I often wondered, “Why would He want anything to do with me?” However, God met me in the one place where He knew he could find me – a darkened movie theatre. He spoke to me through Terrence Malick’s beautiful tapestry of sight and sound.

After the film was over, I sat in silence with my friend. I couldn’t move. I knew it was unforgettable. I knew that I had to see it again immediately. And I did. I saw The Tree of Life eight times during its theatrical run at Cherrydale Cinemas in Greenville, South Carolina. I’ve seen it at least eight more times since the Blu-ray release, each subsequent viewing proves to be a unique experience.

Whether you have faith in a God or not, this is a film that should be able to touch you in some way. I can only speak from my own experience. Since the film’s release, there have been many interpretations. I can only offer mine. It is a polarizing experience. Many love it and many loathe it. I can only hope that you will give it a chance.