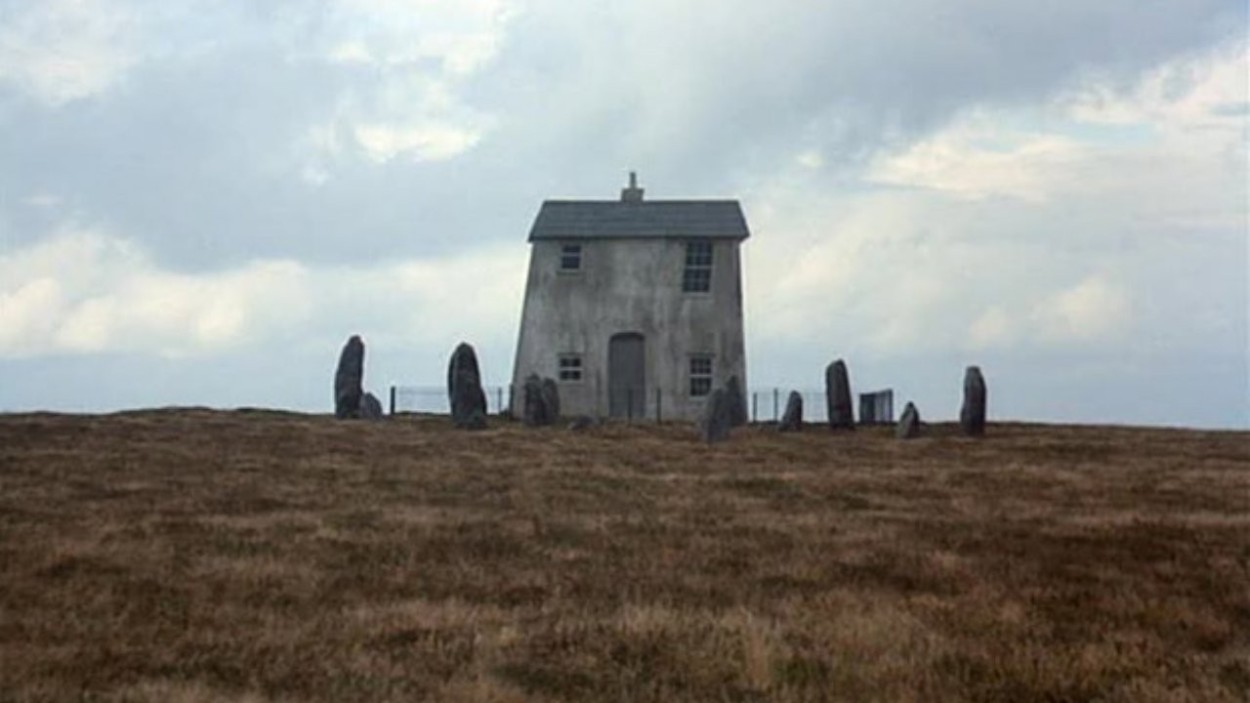 Bernard Rose’s Paperhouse will always be one of my favorite films from the eighties. I find it appalling that the film hasn’t developed the following that it so deserves after all of these years. It is an intelligent fantasy with two incredible lead performances from young actors Charlotte Burke and Elliot Spiers.

The film centers on a young girl named Anna who is emotionally disturbed and doesn’t have many friends. She constantly lies to her mother, who has single-handedly raised her since her father left. She loves to draw, however, and spends much of her free time doing just that. During a fainting spell at school, she dreams that she is inside one of her drawings. A crude and ominous looking house stands before her, just like the one in her drawing. Shortly after, she wakes and draws a face in one of the windows of her paper house.

Anna develops a fever and becomes very ill. During this time, she continues to drift in and out of consciousness. At these times, she re-enters the paperhouse from her dreams, and this is where she meets a young boy named Mark. We first see his face in the window, as he stares down at Anna. The two share an awkward dialogue. Mark is just as troubled and withdrawn as Anna. Mark warns her that this dream world is dangerous.

Over time, as Anna becomes increasingly attached to the world that she has created, she and Mark develop a tender friendship. During a visit from her doctor, Anna discovers that Mark is in fact a real person, and that her doctor has been caring for him for quite some time. Mark is unable to walk due to a disability with his legs. Anna attempts to remedy this situation by manipulating her drawing and drawing prosthetic legs on Mark, a kind gesture that doesn’t turn out quite well.

One night, Anna and her mother discuss her father. Anna misses him, and so she attempts to include him in her drawing. She accidentally draws a sour expression on his face, but cannot erase it. She takes her crayon and attempts to scratch out his face, creating a sinister looking figure.

Back at the paperhouse, she and Mark discover that a monstrous figure is stalking them. Anna and Mark must escape in order to survive. The dream has become all too real.

The critics blurb on the back of the VHS of Paperhouse claims that this is the “thinking person’s Nightmare on Elm Street. I wouldn’t go that far. There are definite horror elements within the film, but it is much more than a collection of cheap thrills. This is one of the most intriguing films of the eighties, one that has never been released on DVD. This is unfortunate, because Paperhouse is a guaranteed cult classic.

This is the crowning achievement of director Bernard Rose, who would go on to direct the horror film Candyman, which has earned far more recognition than Paperhouse. Everything from the performances to the set design to Hans Zimmer’s haunting synth-score is perfect. With this being a film about the nature of dreams, there is definitely an effective sense of mood and atmosphere present.

Fans of ethereal and cerebral horror films should seek out this underrated gem. As of now, it is only available on VHS and region 2 DVD. If you can find it, by all means, watch it. You won’t be disappointed.