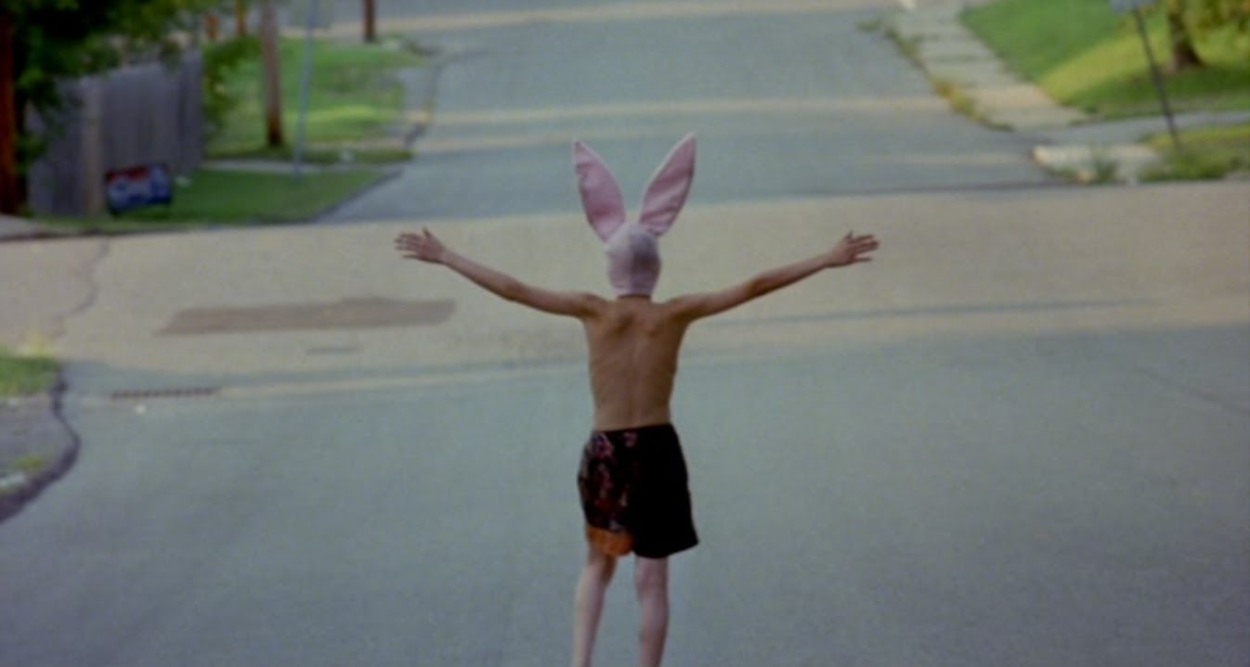 The first time that I experienced Harmony Korine’s Gummo, I was shocked, horrified, and repulsed by it.

I was almost positive that it was the vilest piece of trash ever committed to celluloid – but I kept going back to it. During each subsequent viewing, I became aware of Harmony Korine’s intentions. Yes, he wants to shock us. This is obvious from the start. The entire film is rife with images that will pull you out of your comfort zone. You may even wonder to yourself, “Why in the hell am I putting myself through this?” Whatever your reaction to the film, you will have to admit that it is unlike anything that you have ever seen before. It defies categorization. It must be seen to be believed. All of the usual hyperbolic cliches really do apply here.

Gummo takes place in Xenia, Ohio, a poverty stricken community that never quite recovered after a tornado swept through years ago. Through a series of vignettes, we become acquainted with the residents of the area and are given a glimpse into their empty lives. Throughout most of the film, we follow two teenagers, Tummler and Solomon, who spend their days sniffing glue and drowning cats. They wander from place to place, interacting with other townsfolk who are just as lost as they are.

Gummo does not adhere to a traditional narrative structure. At any given moment, we could be following Tummler and Solomon on their daily misadventures involving animal cruelty and euthanasia, or we could be thrown into the middle of a random fight scene involving a bunch of drunken rednecks and a metal folding chair. In one particularly horrifying scene, a young girl confesses that she has been a victim of incest at the hands of her father. We meet a young man who makes his living by pimping out his sister, who is afflicted with downs syndrome. And then there is the scene involving a young man, a bathtub full of brown water, shampoo, spaghetti, a glass of milk, and bacon. A mysterious boy – wearing only shorts and tennis shoes with a pair of rabbit ears on his head – observes all of the madness around him and occasionally takes part in it. Most of the characters in this film are unsympathetic, with their willful ignorance on full display – and, yet, Harmony Korine dares us to cast judgment on them. Herein lies the challenge. Is Gummo a shameless exploitation film or is it much more than that? Korine refuses to provide an easy answer to that question. He doesn’t give a damn what you think.

Harmony Korine admits that he is an unapologetic provocateur, but he is also a talented artist, and that talent shines through in this film. The look of the film is quite unique, employing an improvised, documentary-style technique through the use of 35mm, 18mm, and Hi-8 cameras. The cast is mostly non-professional, with the exception of indie regular Chloe Sevingy, who was dating Korine at the time of filming. Principle photography took place in Nashville, TN in some of the most impoverished areas, lasting only four weeks.

Over the years, Gummo has reached cult status with many devoted fans. Others have hated it since it opened in 1997 and always will. This film has grown on me. I love it and I hate it. I revisit it quite often. It is one of the most disturbing films that I have ever seen, but I am glad that it exists. I have enjoyed following Harmony Korine’s career throughout the years. I consider him one of the great rebels of cinema. No matter what he may achieve throughout the rest of his career, Gummo will always stand out as his most provocative work. I recommend this film to the bravest of the brave.

And, just in case you are wondering, no actual cats were harmed during the making of this film.