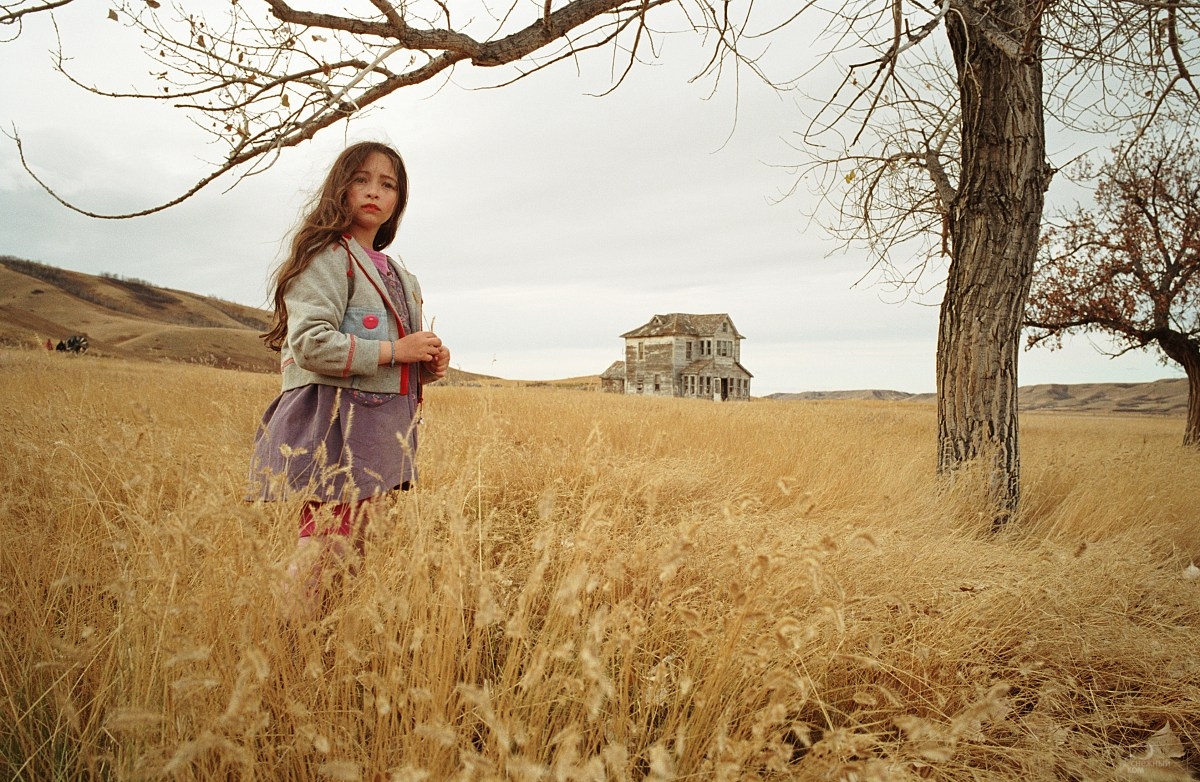 Terry Gilliam’s films have always been a bit challenging. Most of them have to grow on you, as is the case with Fear and Loathing in Las Vegas and Twelve Monkeys. Some of his films are instant classics, such as Brazil and Time Bandits. However, nothing that Gilliam has done in the past will prepare you for the extraordinary, deeply disturbing experience of his 2006 film, Tideland.

Tideland tells the story of Jeliza-Rose, a ten year old girl with an overactive imagination, whose only friends are four Barbie doll heads which she attaches to the tips of her fingers. Jeliza-Rose lives with her drug addled parents, Noah and Queen Gunhilda. A normal day for the young girl consists of prepping her father’s daily dose of heroin with a lighter and a spoon, so that he can go on his daily “vacation”. Afterwards, it’s off to the bedroom to massage her mother’s feet. Late one night, Queen Gunhilda graphically dies of an overdose. Noah frantically wraps her body in a bed sheet, and he and Jeliza-Rose flee the scene. They catch a train to a farmhouse in Texas, where Noah’s mother supposedly lives. Once they arrive, they find that the house has been abandoned, except for the dust, cobwebs, and a couple of pesky attic-dwelling squirrels.

Later that evening, Jeliza’s father dies of a heroin overdose, leaving the girl to fend for her self in unfamiliar territory. In an attempt to cope with the sudden loneliness and fear, Jeliza retreats into her vivid imagination, as her father’s corpse rots in the living room. On waking the next morning, Jeliza-Rose goes outside to play with her “friends”, and has her first encounter with Dell, an older woman with a short temper, an eye patch, and a thick Southern drawl. Jeliza also meets Dell’s younger brother, the mentally-handicapped Dickens. 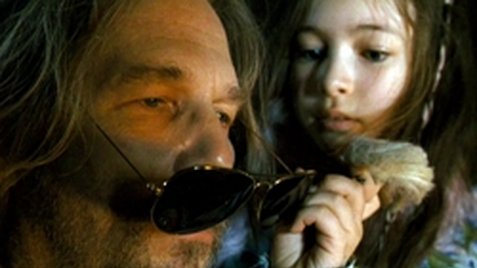 Jeliza and Dickens form an innocent bond, which turns into an amorous crush for the young girl – in a subplot that would seem extremely inappropriate, if it were not handled with such care. Dell feeds the starving girl, and even helps her tidy up the house; however, Dell is not the nurturing type. She’s more interested in the return of her long-lost lover, Noah. She steals his body away, and moments later, it is revealed that not only is Dell a fantastic chef, she is also an amateur taxidermist.

Confronted with one horrific scenario after another, Jeliza-Rose continues to drift into the dark recesses of her mind, and as a result, her sanity begins to slip away.

If Tideland sounds extremely weird, that’s because it is. Using shades of Lewis Carroll and Alfred Hitchcock, Terry Gilliam pulls no punches for the entire two-hour running time. His direction is flawless. He is clearly in his element. Some will hate this film. Others will love it. It will have to grow on some, assuming that they sit through the film in its entirety. It is one of the best films of 2006 – haunting, disturbing, and, yes, beautiful in many unexpected ways. The performances are all amazing. Jodelle Ferland is wonderful as Jeliza-Rose. She exudes the childlike innocence that is required for the role. Janet McTeer is unforgettable as Dell, as is Brendan Fletcher in the role of Dickens. Jeff Bridges is great as usual, and Jennifer Tilly is appropriately revolting in her small role, in which she is barely recognizable.

Tideland is a small masterpiece. If you see it, you’ll never forget it.

One thought on “Review: Tideland”