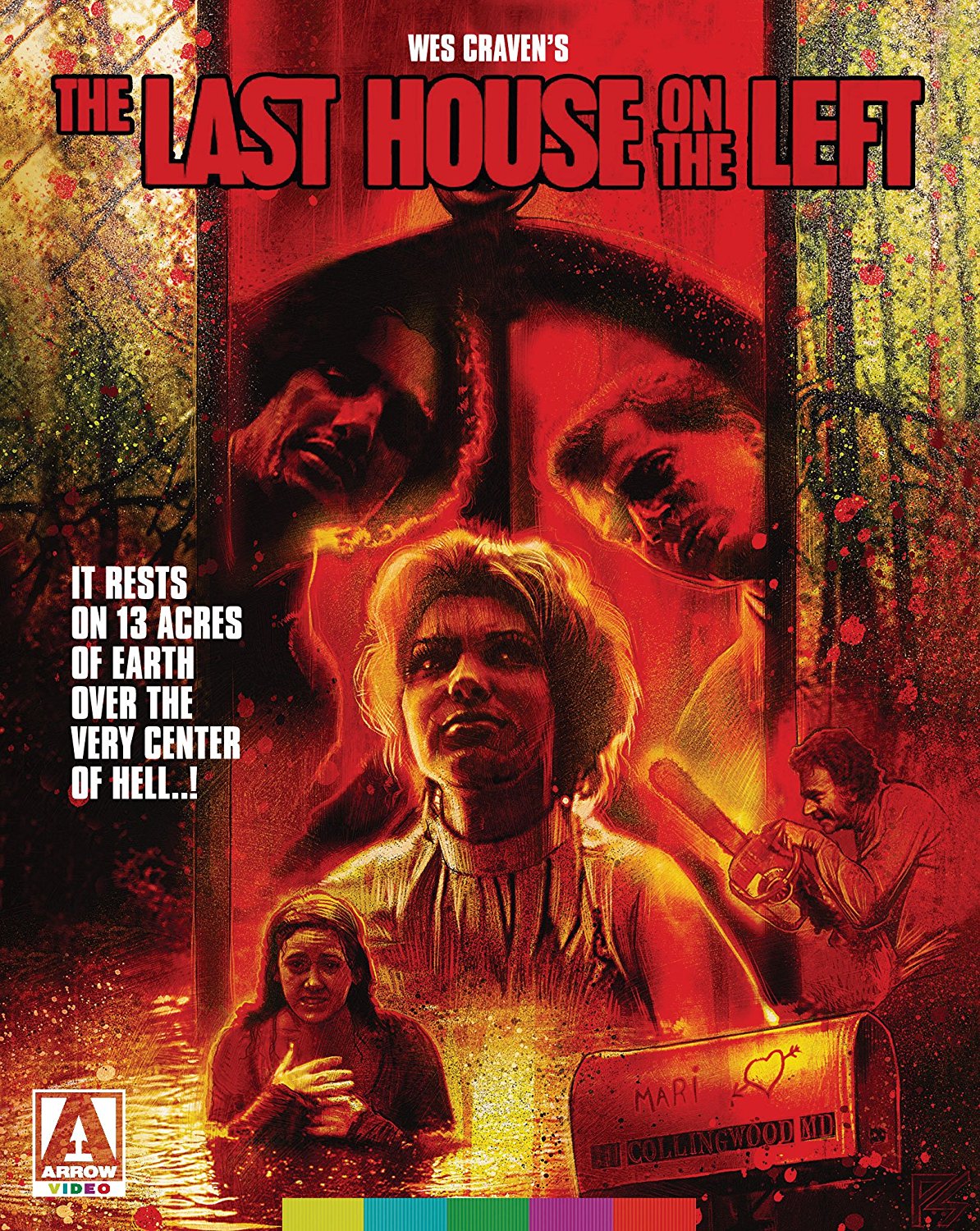 One of the most controversial sub-genres in the world of grindhouse and exploitation films is known as the “rape and revenge” genre. The films in this category prominently feature young women in situations of sexual abuse and peril at the hands of villainous men or women, only to have the victim seek revenge in an equally visceral and disturbing manner. Most of these films are unashamedly gratuitous in their content, while others balance the carnage with some form of social commentary.

One of the most memorable and historically significant films in this genre is Wes Craven’s 1972 cheapie, The Last House on the Left, which Arrow Films will soon release in a 3-disc special edition Blu-ray set.

Before you read any further, know that this article contains SPOILERS.

The Last House on the Left concerns two young teenage girls, Mari and Phyllis, who leave home to go to a death metal concert one night. On their way, they meet a young man named Junior, who invites them back to his place to score some marijuana. Once they arrive, they realize that they have been lured into a trap. Junior is an escaped criminal who lives in a run-down apartment with a family of deviants, including the leader Krug, his switchblade wielding sidekick, Weasel, and a woman named Sadie. Phyllis attempts to escape and is gang-raped in front of Mari.

The next day, the criminals take the girls to the woods, where they are humiliated and abused. In an attempt to give Mari an opportunity to escape, Phyllis runs away, distracting Sadie and Weasel who chase after her, leaving Mari under the watchful eye of the mentally challenged Junior. Meanwhile, Sadie and Weasel catch up with Phyllis, corner her up against a tree, and eviscerate her. Junior lets Mari go, but Krug stops her. Sadie and Weasel reveal the severed arm of her friend, Phyllis. After carving his name into her chest, Krug rapes Mari and pulls off her favorite necklace. In a state of shock, Mari walks into a nearby lake. Krug shoots her, and her lifeless body floats away on the water.

Later that evening, it begins to storm. The criminals seek shelter and find it – at the home of Mari’s parents, John and Estelle, who invite them in. It is clear that they are worried about their daughter, who hasn’t returned. Later, the crime is revealed after Estelle finds Mari’s necklace around Junior’s neck. Estelle and John decide to take matters into their own hands, leading to an extremely gruesome and bloody finale.

Wes Craven’s film was inspired by Ingmar Bergman’s classic 1960 tone poem, entitled The Virgin Spring. While that film had a much more redeeming ending, this film sticks to its grindhouse roots, delivering all of the ugliness that it can possibly muster. The film touches on the flower power era, the burgeoning sexuality of the two young women, and the nature of survival and how it relates to ordinary people who are pushed to extraordinary lengths to seek retribution. All of this is considerably less effective than it could have been, due to Craven’s reliance on comedic undertones.

There are several moments of ironic comedy which diminish the power of the stronger scenes. Some see this as one of the many strengths of the film. I found it to be very distracting. Aside from these minor quibbles, the film is quite memorable, though not nearly as powerful or audacious as it could have been. Wes Craven would most definitely go on to bigger and better things.

In any case, for fans of the film, this Arrow release is a treasure trove. Here are the special features, listed on Arrow’s website:

DISC ONE [BLU-RAY] – THE UNRATED CUT

This limited edition set will be available for purchase on July 3, 2018.