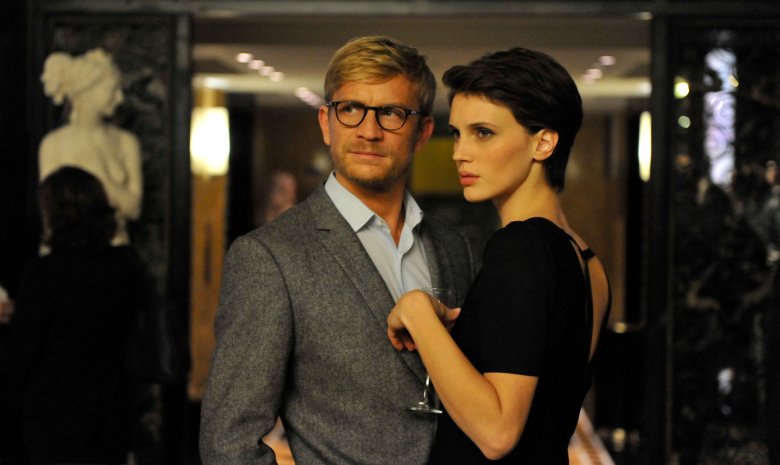 When Chloe falls for her psychologist, Paul, her world turns upside down in a myriad of ways when she discovers that her lover has a twin – a diabolical, sex maniac named Louis, who, as it turns out, is also a psychologist. When Paul refuses to even acknowledge that he has a twin brother, Chloe sets off on a journey to unravel the great mystery that has opened up before her. She begins seeing Louis regularly, engaging in wild and uninhibited sex with him as he attempts to get inside of her in more ways than one.

As the film goes on, however, it is slowly revealed that all is not what it seems.

To say too much would undoubtedly spoil the film, so I’ll just say that this Lynch/De Palma/Cronenberg inspired bit of French cinema is definitely one that you want to see. Starring Marine Vacth, Jérémie Renier, and Jacqueline Bisset, the performances are near perfect, the direction from Ozon is spot on, and the sense of dread and mystery that pervades the film gives it an addictive, dreamlike quality.

Know going in that Double Lover is not for everyone. The sex is explicit. This film is unapologetically kinky. It also requires you to think. But it’s a head trip worth taking. Highly recommended!