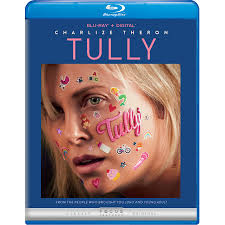 Jason Reitman teams up yet again with screenwriter, Diablo Cody, and actress, Charlize Theron, for the wonderfully realized comedy-drama, Tully. It is now available on DVD and Blu-ray from Universal Pictures Home Entertainment.

Marlo, the mother of three children, is on the brink of a serious case of postpartum depression, when her brother arranges for a mysterious “night nanny” – the Tully of the title – to give her a helping hand. And Tully does help Marlo, in more ways than one, allowing her to see her future with a fresh perspective, and to also look to her past for guidance.

A genius twist near the end takes the film to a whole new level. Tully is a gem that you’ll need to see twice.

Mackenzie Davis as “Tully” is absolute perfection, while Charlize Theron adds yet another magnetic performance to her filmography. Do not miss this film.