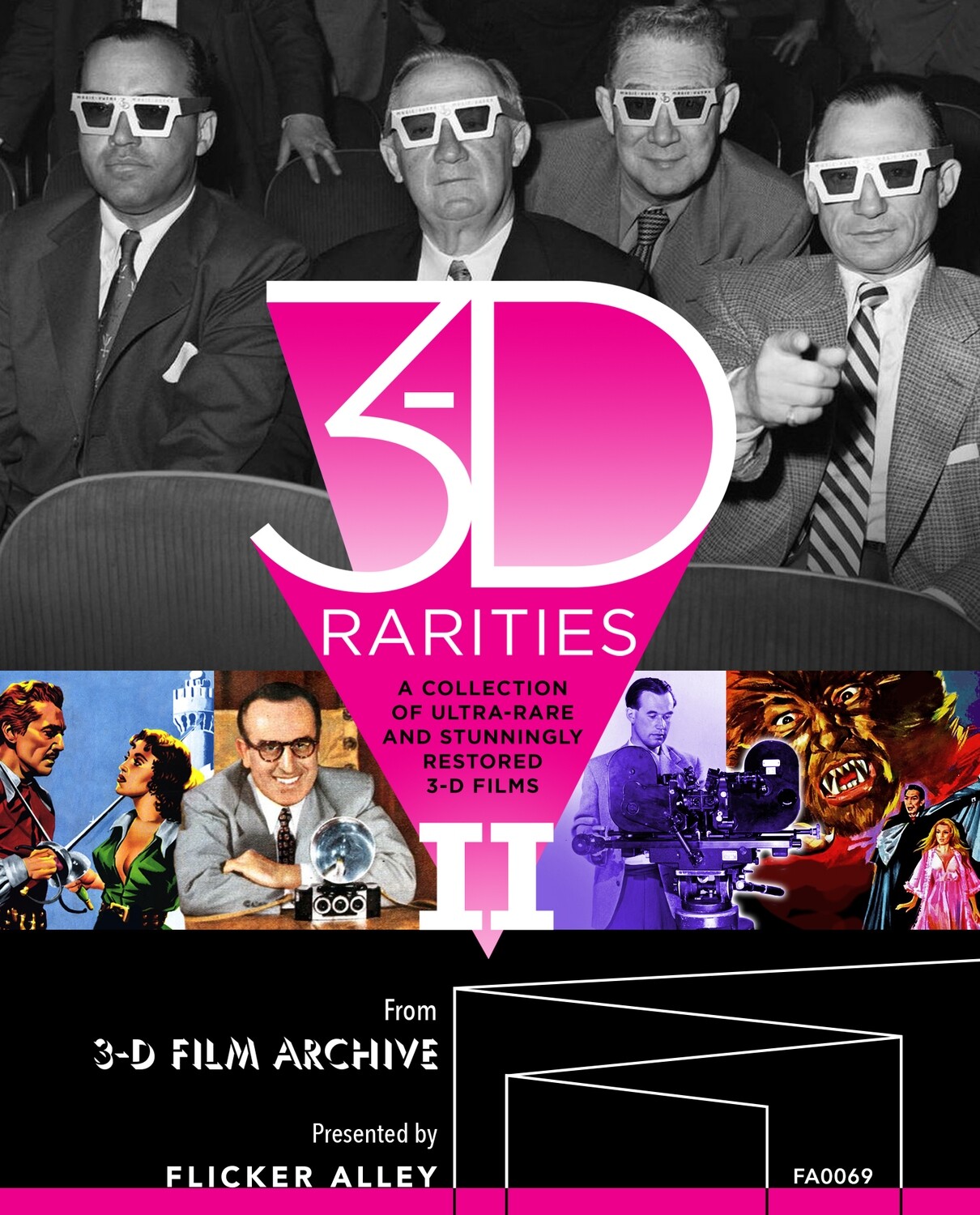 The good folks over at Flicker Alley have released the second volume of their 3-D Rarities series on Blu-ray.

Shorts include A Day in the Country, The Black Swan, Mid-Century Memories in Kodachrome Stereo, Games in Depth, a rare prologue for Frankenstein’s Bloody Terror, and a trailer for The 3-D Movie.

The feature length film, The Heart and the Sword, aka El Corazon y la Espada, has also been meticulously restored and included in this set. This is indeed a must-see for film buffs, as it was the first 3-D film that was ever made in Mexico. A Kickstarter campaign began to make this restoration possible, and to have it included in this set is absolutely incredible. The transfer is absolutely gorgeous.

This is a MUST OWN for fans of 3-D and cinema history. Be sure to purchase one while you can! Continue to support distributors such as Flicker Alley, as their accomplishments in the realm of film preservation are superb and greatly appreciated.