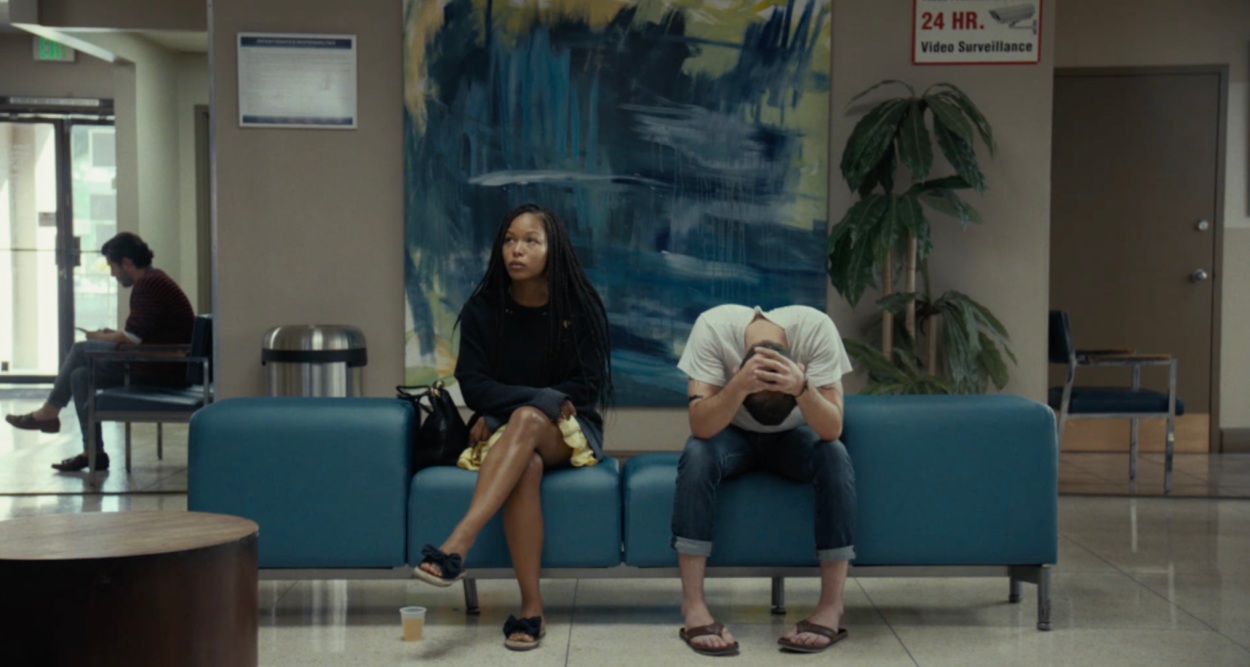 An interracial couple face challenges after a woman is drugged and raped at a club in this searing drama, presented on Blu-ray by Kino and directed by Shatara Michelle Ford.

Test Pattern is one of the most uncomfortable and honest film experiences in a long time, not just because what it’s about, but precisely “how” it is about it – to borrow from Roger Ebert’s famous quote. What could have easily turned into yet another “white savior” tale in lesser hands is transformed into a proper discussion piece by Ford, who doesn’t seem content to let her characters – or the audience – off too easily with a forced sense of hope and closure.

The two main characters – phenomenally portrayed by Brittany S. Hall and Will Brill – as the black woman and white male – drive from hospital to hospital, in the man’s desperate attempt to procure a rape kit for his girlfriend. All the while, his motives are questioned by his partner. Why is this quest so important to him? Why isn’t he listening to her protests concerning the search for the rape kit and taking them seriously? Will the relationship even survive this incident? The film provides no easy answers, and there are several scenes which begin to give off a psychological horror vibe. Ambiguity is the key here, and that will ultimately leave the film up for some heated debate.

Test Pattern fantastic directorial debut from Ford. I cannot wait to see what she does next.